Got a chance to crawl around inside the type of bomber my grandfather flew, a B-24 Liberator, today as several Collings Foundation aircraft visited our town. America’s most-produced plane of World War II, these heavy bombers typically dropped 5,000-pound loads of explosives deep behind enemy lines across Europe and in every theater. B-24s were harder to fly but carried heavier payloads farther and faster than the B-17. There are only two operational B-24s left in the U.S., and it was a great opportunity to look around and into this aircraft on a beautiful day. My dad and I are repairing a model B-24 and I can tell you, those distinctive oval tail fin pieces look a lot smaller in plastic. 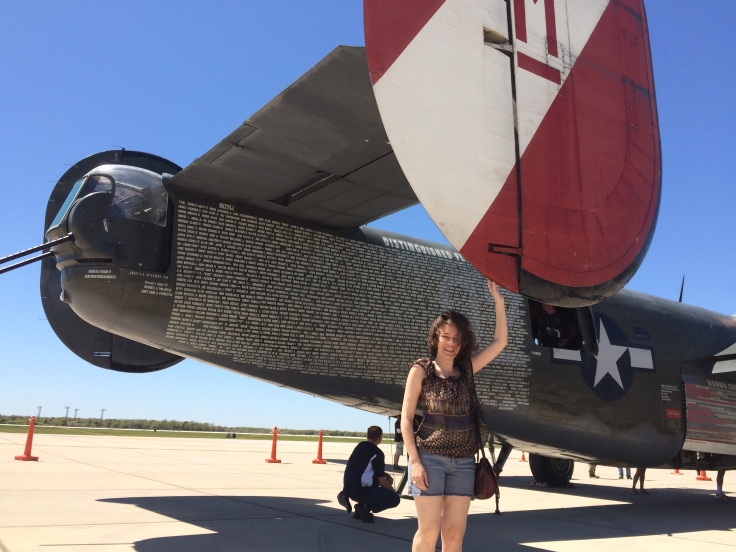 Visitors get to step up a little ladder into the tail and go through the airplane up towards the cockpit. The B-24J would typically have had a crew of 10, including gunners at the nose, turrets, waist and tail. This particular plane is painted to represent the Witchcraft, which flew 130 missions, the most in the Mighty Eighth Air Force: http://electraforge.com/brooke/flightsims/b24_flights/witchcraftHistorical.html 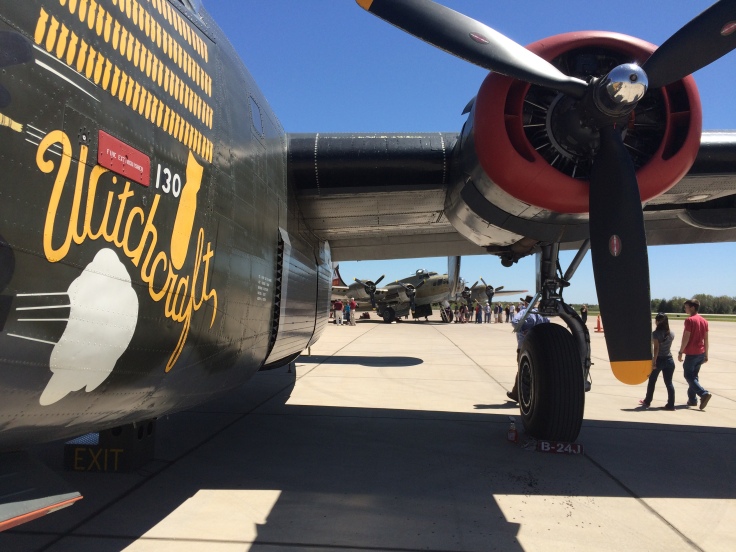 Seen in the background here is Collings’ restored B-17 Flying Fortress, which we also got to see in the air a few times as it passed over.

In a 2006 CBS interview, a flight engineer from the original Witchcraft tells how he came up with and painted her nose art: http://www.cbsnews.com/news/witchcraft-flies-again-for-vets/

Climbing through the B-24 (I did get to sight and aim the waist guns): 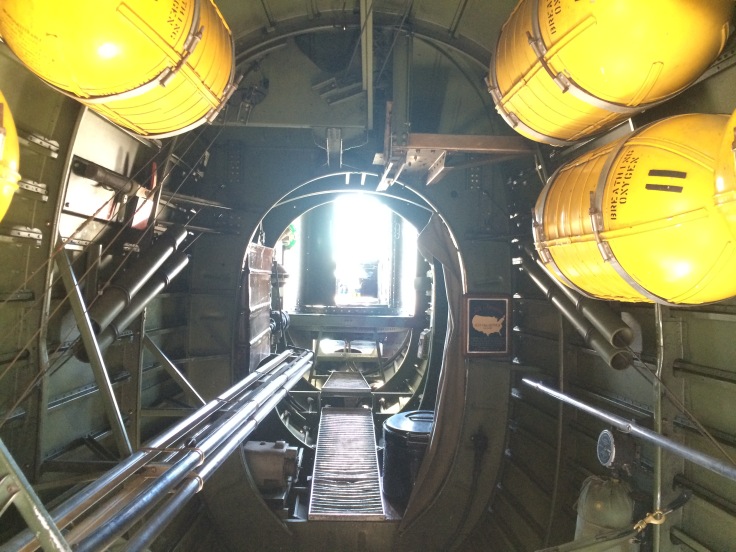 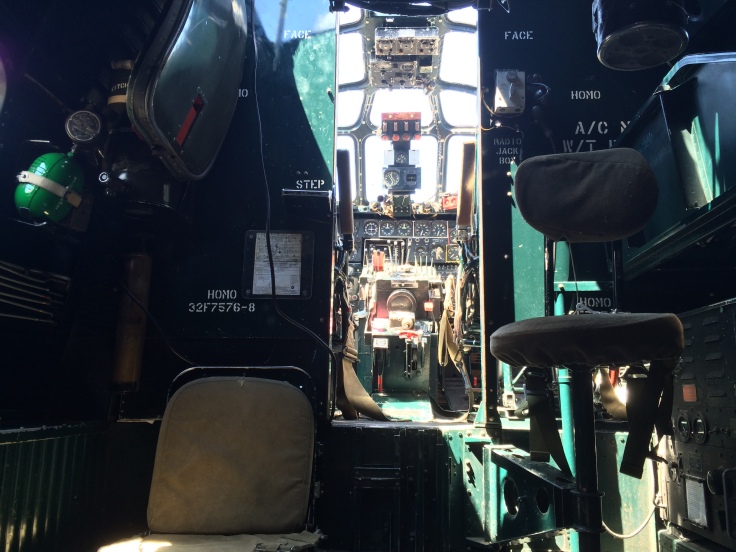 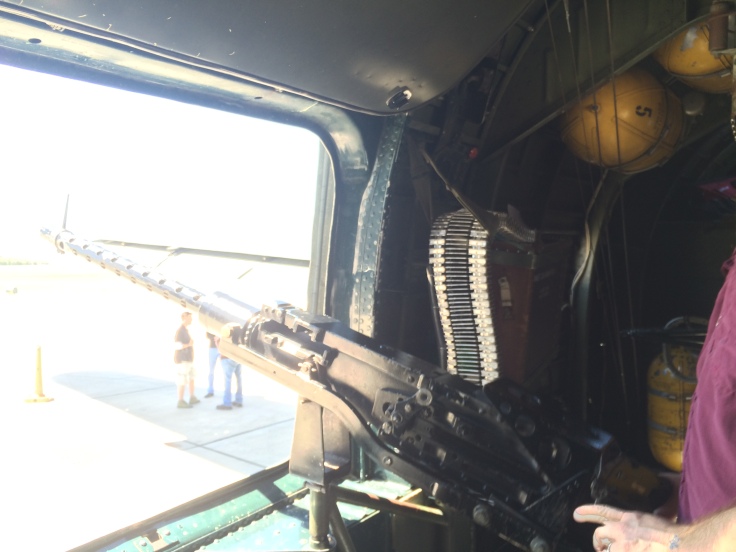 The planes will be here Sunday as well, and visiting them costs $12 adults/$6 kids. Taking a half-hour flight in one is also possible, for $450. Till you get that saved up, here’s the video version 🙂