Here’s Robert Earl Keen as Antonio Vivaldi opening his eighth annual benefit in Kerrville for an organization he said “it’s my passion to tell people about”: the Hill Country Youth Orchestra.

Keen told the crowd at the Feb. 21 show that on his travels around the country, he’ll get to talking with people about the orchestra, and they’ll say, “Oh yes, we’ve got something like that here,” and he’ll say, “No; no, you don’t.” The HCYO provides full tuition-and-fees scholarships for each of its hundred-plus students.

He’s supporting his bluegrass album “The Happy Prisoner” right now, so his part of the concert had an old-timey feel — just not as old as Vivaldi:

But first, the kiddos cut loose with the classical goodies: 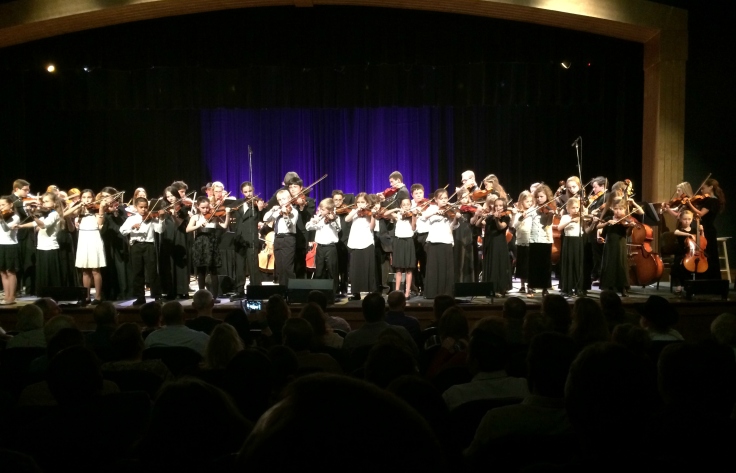 (Apologies for fuzzy phone photos taken at some distance)

Watch for next year’s show, likely to be in February again, and go check it out if you can. It’s a lovely night at Kerrville’s Cailloux Theater, and this year it raised $65,000 for those scholarships. Keen closed his part of the show with a completely acoustic set, playing the special guitar they auctioned off to raise part of that money: 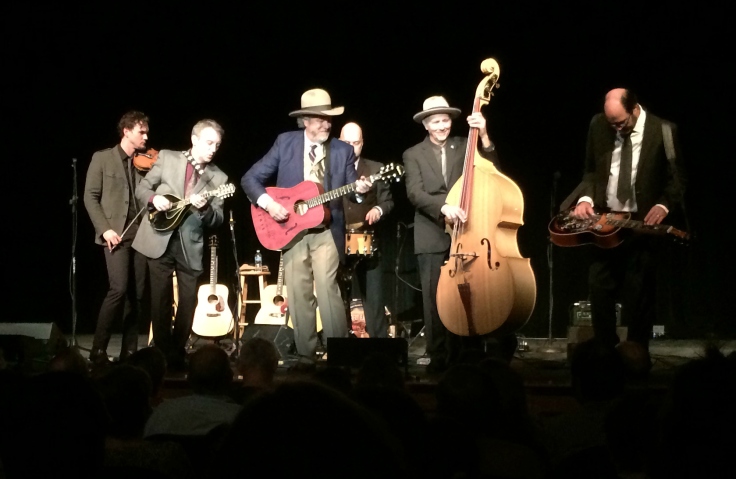 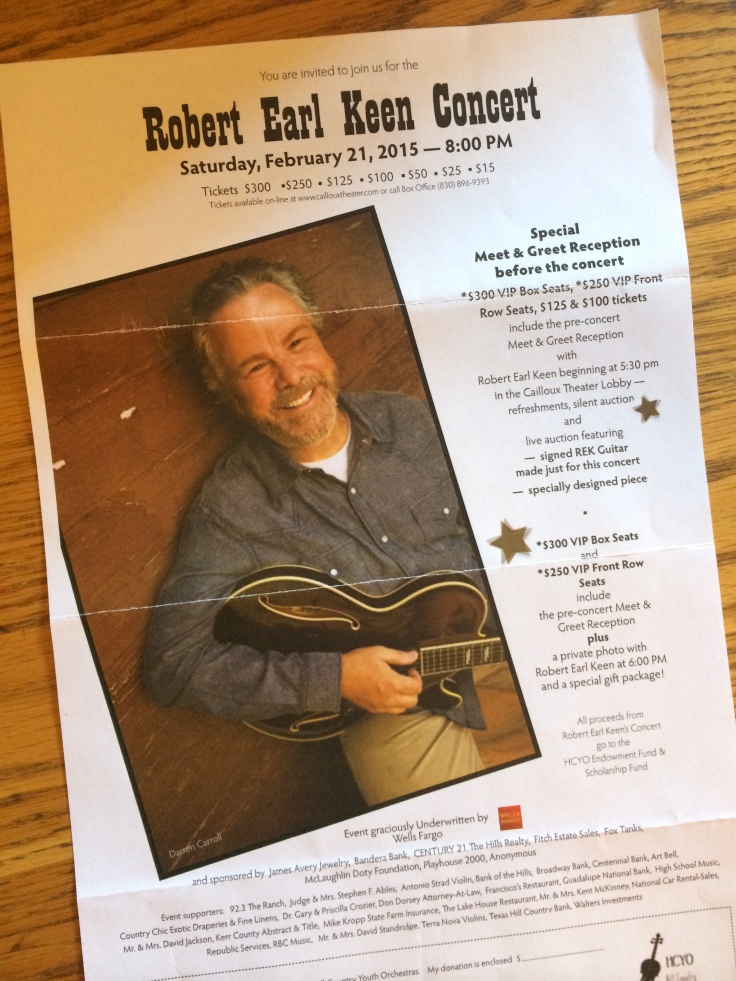